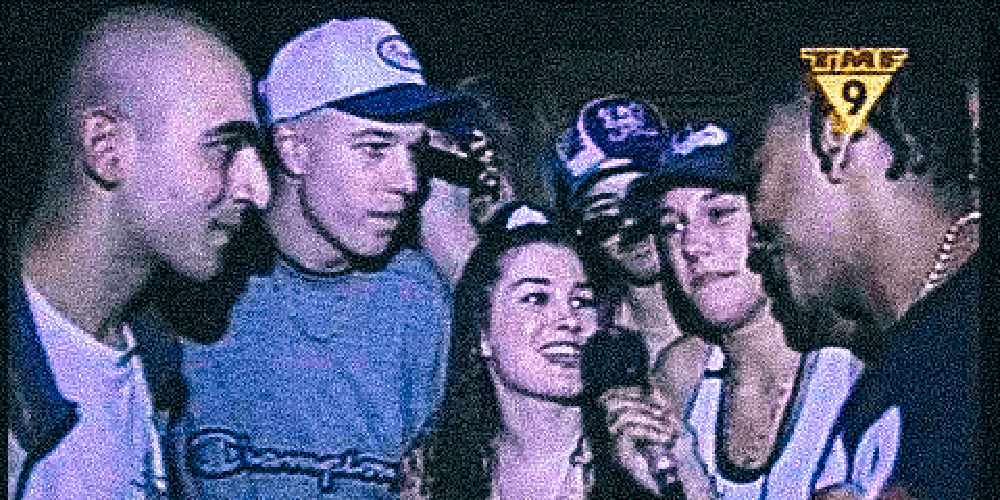 Back in the days when mobile phones were exceptional and internet was a word you had only heard out of the mouth from nerds. Google Maps? Nah we used a paper map to navigate and you had get your hands on flyers to see where the next party’s would be. Another source for that information was TMF Hakkeeh, a lifestyle show for gabbers hosted by Drokz and me, Da Mouth of Madness.

The show started with a guy called Gabber Piet,  a friend of DJ King Matthew at the time and he was an incredible plugger. A plugger is someone who works for a record label and whose task it is to get the music of the label played on the radio. His main task was to sell the music of acts like Critical Mass and 4 Tune Fairytales. At that time Duncan Stutterheim, the owner of ID&T had bought a club called Mystery World. Also known as The Fun Factory, The Hemkade and the North Sea Venue.

ID&T had 20 minutes of broadcast time during TMF Hakkeeh. Duncan decided that ten minutes would be used for the Mystery World, presented by Gabber Piet and the remaining ten minutes would be used for Thunderdome on Tour. They asked me to take care of that part. Eventually, Gabber Piet and ID&T got into an argument and before I knew it, I was presenting the whole show.

To be honest, I hated TMF. I hated the way they portrayed gabbers and how they commercialised the lifestyle I loved so much. But now I had a chance to shape the show in the way I thought it should be. Well, at least for those 20 minutes, because the other 40 minutes were still filled with commercial TMF shit. First of all, I wanted to do more interviews, so I started to interview DJ’s and live acts who were playing at the Thunderdome events.

That was the beginning of a whole different approach to the presentation of the show. At that time there was a show called ‘De Stoel’ (The Chair). A simple format where people were interviewed sitting on a simple chair. For me, this was the inspiration to start a new item in our show called ‘De Gabber Kruk’. We placed a barstool in the middle of a party and interviewed the gabbers who took place on it. This resulted in a lot of funny content and our ratings started to climb because everybody wanted to see their self or their friends on national television.

I was doing the whole show alone, without a producer. Just me and a cameraman. That’s why I decided to invite Drokz, one of the most legendary characters of Thunderdome, to host the show with me. He was not only a friend but also a real gabber who understood gabbers as they were. So now there were two of us and TMF hated it like hell. Eventually, the show got the highest ratings in the history of TMF. Unfortunately, we couldn’t stop the commercial madness, so it was a matter of time before the whole scene collapsed.

So, by popular demand and for the sake of the preservation of hardcore history I will upload a new item of TMF Hakkeeh to my Youtube channel each Thursday, enjoy!

Sorry, the comment form is closed at this time.